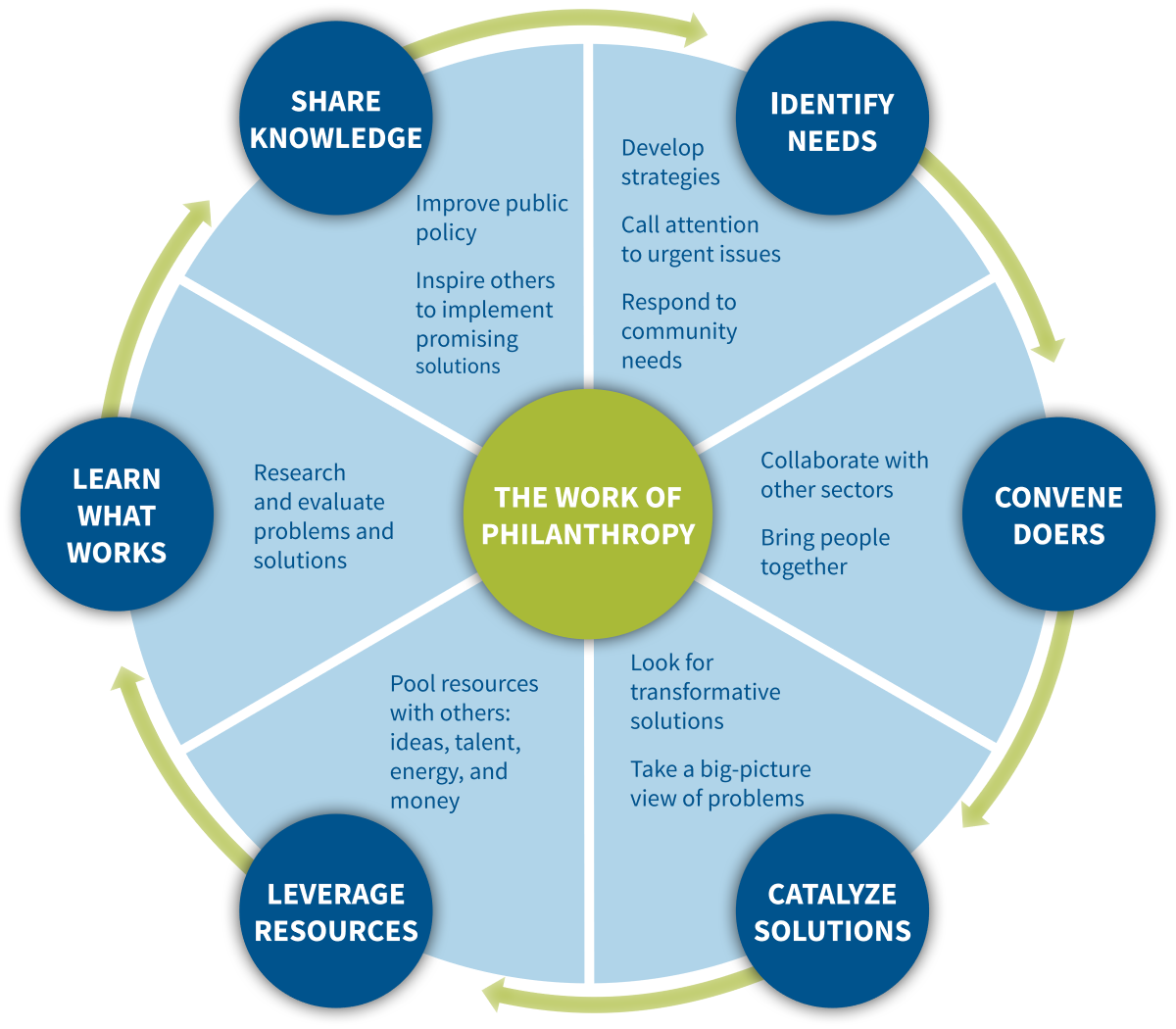 IPA brings together a diverse community who work to grow the impact of philanthropy.

Our members represent grantmaking entities and philanthropic advisors from all 92 Indiana counties. Collectively, our membership holds over $21 billion in assets and awards more than $851 million in grants each year. IPA itself does not make grants.

A corporate foundation is a philanthropic organization created and financially supported by a corporation. The company-sponsored foundation is usually set up as a private foundation that maintains close ties with the donor company, but it is a separate, legal organization, sometimes with its own endowment.

A corporate giving program is a grantmaking program established and administered within a profit-making company. Gifts or grants go directly to charitable organizations from the corporation.

A family foundation is a fund or endowment whose funds are derived from members of a single family. It is designated as a private foundation by the Internal Revenue Service under law, with a primary function of grantmaking. Family members usually serve as trustees on a voluntary basis; in many cases, second- and third-generation descendants of the original donors manage the foundation.

Public foundations are nongovernmental public charities that operate grants programs benefiting unrelated organizations or individuals as one of its primary purposes. There is no legal or IRS definition of a public foundation. Increasingly, public foundations have been established to receive funds and make grants for populations with special needs, for specific subject areas, or around other non-geographic communities of interest.

Individuals: Individual members are professional philanthropic advisors, institutional trust officers, or “friends of philanthropy;” that is they are retired foundation staff/trustees, or students majoring in philanthropic studies.

Regranting Organizations: Those organizations like a United Way or statewide intermediary organization operating on a state or local level.

Giving Circles: Groups of individuals donate their own money and/or time to a pooled fund and decide together where to give the money, and learn together about their community and philanthropy. For membership in IPA, a giving circle must exist outside of a community foundation.

Out-of-State: An out-of-state member is an endowed foundation or organization, or an individual whose headquarters are located in a state other than Indiana. The primary function of out-of-state members is providing financial philanthropic support.