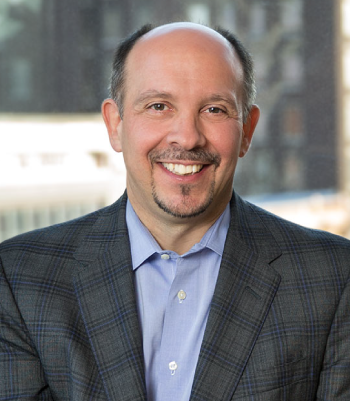 By Jamie Merisotis, CEO of the Lumina Foundation and author of “Human Work in the Age of Smart Machines,” which will be published in October. Originally posted on September 8, 2020.

Covid-19 has exposed the limits of markets and decentralization in responding to large-scale economic and social failure. As a nation, we’re finally beginning to realize that, for centuries, unfair policies, actions, beliefs, and assumptions have been specifically designed to disadvantage people of color.

Government offers one set of solutions that are important and needed. Yet even now, as Congress debates the scope of a new federal stimulus to protect workers in the midst of a raging virus, and as mayors and city councils grapple with community-led responses to racial injustice and racism focused on overhauling police systems, there have been broader responses to these systemic failures.

Corporate America, for example, has put a good deal of energy into addressing the health challenges facing communities along with their own workers. And the business world’s own reckoning with Black Lives Matter, while still nascent and unproven, has certainly intensified since the death of George Floyd at the hands of police officers in Minneapolis earlier this year.

Organized philanthropy — foundations, either independent or tied to corporate donors, as well as those managed by families and trusts — has also responded. For example, Hispanics in Philanthropy uses its Civic Participation Fund to respond to increased injustices in migrant communities. The Nellie Mae Education Foundation, centered on antiracist and antixenophobic efforts, created the Racism is a Virus Too rapid-response grant fund for nonprofits supporting Asian American and Pacific Islander communities. Yet so far, philanthropy’s response has not lived up to its true purpose.

Much of our response has been about increasing the total amount of dollars committed or focusing resources to address the immediate needs of communities and those who are suffering. This is understandable and compassionate, but it’s unlikely to achieve the systemic change that is desperately needed.

In crises, we sometimes conflate charity and philanthropy — with good intent, but not always the best results. My view is that both are important, but different. It’s not that charity doesn’t matter. Quite the contrary: The charitable impulse — that urge to give, to help, to meet the needs of others is foundational to our humanity. Without it, true opportunity is unattainable. Charity has always mattered, and it still matters a great deal. But it’s not enough.

At its core, charity is about help, about meeting urgent needs. Philanthropy, though, is at its heart about fundamental change. Philanthropy is focused not on symptoms, but on root causes. It is systemic, not episodic; active rather than reactive. In short, the goal of philanthropy is not so much to provide assistance or service; rather, it seeks to permanently alter the conditions that make assistance necessary.

The effects of this year-like-no-other will endure for decades. But it would be wrong to think that Covid-19 and the renewed focus on systemic racism are a surprise. Both reflect societal failure — a devastating trifecta of our environmental approach, our economic approach, and our political approach. All three have played a part in what’s gone wrong — around the world, but especially in the United States.

It’s likely that even bigger changes are in store for us, accelerated by Covid-19, by the urgency of achieving racial and social justice, and by the profound sense that in a world of cascading societal failure, we must return to who we are as humans, to better connect to each other and to ourselves in this time of crisis and for what comes next.

But what to do?

Foundations have three advantages in tackling big issues such as racial injustice and a global pandemic. They can:

More money alone is not likely to bring about material, permanent change — evidenced by efforts led by the Solidaire Network and the Decolonizing Wealth Project to transfer and share power through innovative funding models. However, by commissioning experts to develop smart ideas for what’s next and sharing them broadly, as well as building new coalitions that can achieve true political and economic power, foundations can help assemble the talent — and create the environment — to build the new ecosystem the future demands.

While helping meet the urgent needs of those who suffer from society’s accumulated failures, philanthropy also must focus on its ultimate mission: systemic, long-term change. We must set goals, empower those who can achieve large-scale change, and rigorously scrutinize our own failures and shortcomings.

In the end, in this year of unprecedented upheaval, philanthropy has the clear responsibility to lead where others cannot or will not. But it must remember that doing so takes more than counting dollars or immediate relief; it requires a focus on long-term change. The challenges are so large we can’t waste a minute.