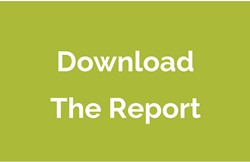 Strada Education NetworkSM and Gallup today released findings from a national survey of more than 5,100 college graduates about their college experiences and life after graduation. Previously known as the Gallup-Purdue Index, the 2018 Strada-Gallup Alumni Survey, “Mentoring College Students to Success,” focuses on three critical aspects of the college experience, including: the source and nature of mentoring, whether graduates receive career-related advice from faculty and/or career services, and the role of academic rigor in graduates’ attitudes about the value and relevance of their education.

Prior research from Gallup shows that college graduates are two times more likely to be engaged at work if they had a mentor who encouraged them to pursue their goals and dreams.

The 2018 Strada-Gallup Alumni Survey results show that professors represent about two-thirds of college mentors, and that students who receive career advice from faculty mentors are about 20 percentage points more likely to rate the advice as “helpful” or “very helpful” than if it came from a career services office.

The study also reveals significant opportunities to increase the positive impact of mentorship, with less than half of graduates (43 percent) saying they agree or strongly agree they had an undergraduate mentor who encouraged them to pursue their goals. The mentorship gap is even greater for minority graduates, who were 25 percentage points less likely to say they had a faculty mentor than their white peers.

“Alumni make it clear: faculty matter. Professors are the most valuable sources of career and life advice and have a significant impact on a graduate's perception of college value,” said Dave Clayton, senior vice president of Consumer Insights at Strada Education Network. “But we also see some troubling disparities. Institutions need to increase efforts to help minority students experience meaningful mentorships to ensure they are prepared for work and life after graduation.”

“In our many years interviewing students and alumni, we have heard overwhelming demand for career-related advice, and we find the most helpful advice is provided by faculty mentors,” said Stephanie Marken, Gallup executive director of education research. “When those relationships exist between professors and students, the outcomes are powerful. The opportunity ahead is to ensure that more students experience these meaningful mentorships.”