Latest On The Census Citizenship Question 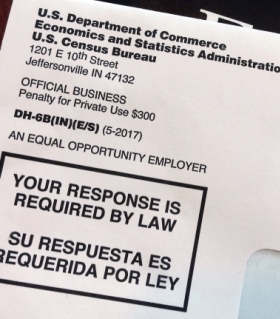 The Supreme Court should make a decision any day now on whether the citizenship question will be on the 2020 census. If the Court decides to leave the citizenship question on the census survey, it is expected that it will add to the challenges in getting an accurate census, particularly with immigrants, families with immigrants, and people of color.

Some of those who read the tea leaves on Supreme Court behavior are now predicting the opinion will be announced towards the end of the Court’s term, possibly June 27. But the key stakeholder groups aren’t waiting since it could happen any day. They have been meeting and planning for different Supreme Court outcomes; now they are sharing a toolkit that provides messaging for possible outcomes. Similarly, the Funders Census Initiative has developed a pre-decision toolkit for funders.

I was most taken by a joint statement from six immigrant rights groups—United We Dream, Black Alliance for Just Immigration, Center for Popular Democracy, Fair Immigrant Reform Movement (FIRM), National Partnership for New Americans, and LA RED (a campaign of Faith in Action). These groups, representing people likely most affected by the Supreme Court’s decision, said, “Regardless of the outcome, our message is the same: we will be counted!”

By the way, the legal motions are continuing due to new evidence that has been uncovered since oral arguments in front of the Supreme Court. The new information is from hard drives owned by Dr. Thomas Hofeller, a Republican gerrymandering strategist who passed away last year. There were documents articulating a strategy to add a citizenship question, which, according to Dr. Hofeller, would be “advantageous to Republicans and Non-Hispanic Whites.” Documents on the hard drive also suggest that Dr. Hofeller had a hand in the Justice Department’s explanation that the citizenship question was needed to strengthen enforcement of the Voting Rights Act. He also was in touch with a key Census Bureau staffer prior to the decision to add the question.

Yesterday, a federal district judge in Maryland issued an order that he will provide an opinion on whether this new evidence means that the administration was guilty of conspiracy and intent to discriminate. Judge Hazel had earlier ruled that adding the citizenship question violated administrative procedures and should be removed, but said there was not enough supporting evidence for claims on conspiracy and intent to discriminate. That case has been appealed to the 4th U.S. Circuit Court of Appeals. The Judge’s order yesterday said the new evidence “raises a substantial issue.” However, before Judge Hazel can issue a new opinion, the Appeals Court needs to send the case back to him.

The Supreme Court did not hear arguments about conspiracy and intent to discriminate. So, it is not clear what would happen if Hazel issues an opinion saying there is a constitutional violation. Moreover, the Census Bureau has noted that it needs a decision one way or the other so that it can print the census survey. Additional delays may complicate their ability to get things printed.

As the legal motions are considered, the House Oversight Committee has held Commerce Secretary Wilbur Ross and Attorney General William Barr in contempt because they did not provide to the Committee documents requested under subpoena related to the administration’s decision to add the citizenship question to the census. One Republican, Rep. Justin Amash, voted for the contempt resolution. At the same time, President Trump invoked executive privilege to shield the documents from disclosure. This dispute also may end up in court.

Once the Supreme Court makes its decision, stakeholders and funders will have host three briefings to discuss what happened and what it means for the work going forward:

Immigrant advocacy groups are also planning a series of rallies, one of which will be at the Supreme Court.