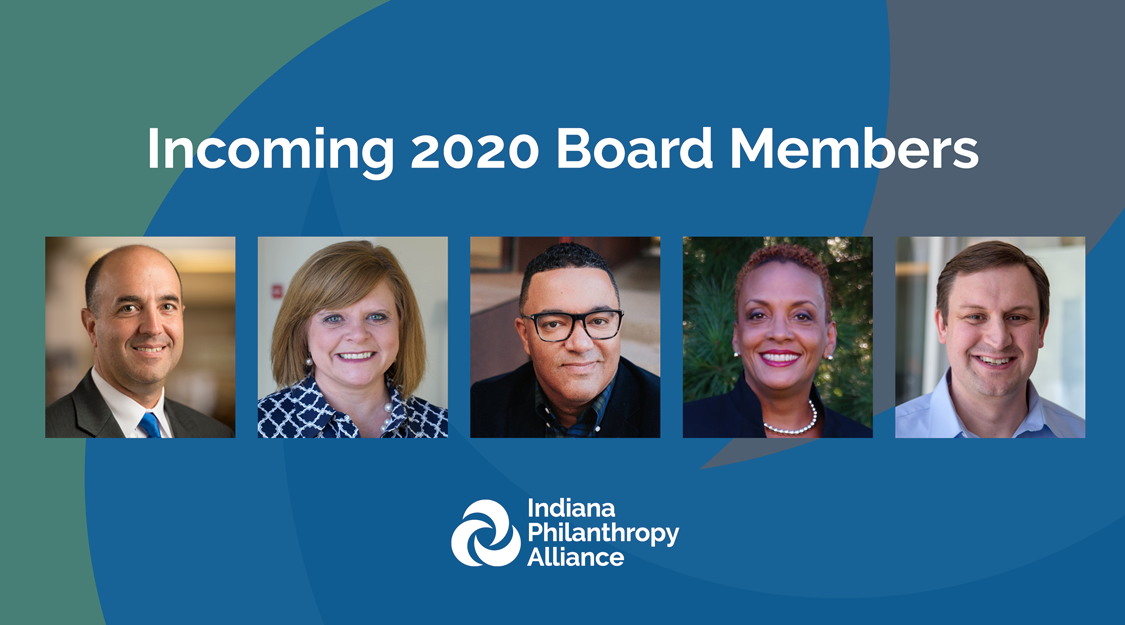 Indiana Philanthropy Alliance (IPA) has appointed Rich Haddad of K21 Health Foundation as its new vice chair and welcomes Dawn Brown, Chris Guidry, Pamela Ross, and Jeff Small as new members to its board of directors. These community leaders will be instrumental in guiding our organization in the first year of a new strategic plan and supporting IPA’s efforts to improve life across Indiana.

“As a member of IPA since 2007, I’ve seen tremendous impact by IPA for not only its members and our missions, but to philanthropy as a whole,” said Haddad. “Indiana continues to lead the way in the Midwest and IPA is a major part of that impact. It is an honor and a pleasure to serve as IPA’s 2020 board vice chair.”

“As a new board member, I look forward to furthering exploration of our place in the work of equity and inclusion,” added Ross of Central Indiana Community Foundation.

“There’s nothing more rewarding than working with generous people who want to change the world, or at least their small corner of it,” said Brown of the Community Foundation of Grant County. “I look forward to working alongside Indiana’s greatest thought-leaders to leverage Hoosier generosity.”

“I look forward to working on behalf of IPA to support the powerful work being done by IPA members in communities across the state,” shared Small of Nina Mason Pulliam Charitable Trust.

IPA’s Continuing Board Members for 2020

Members of the IPA Foundation Board, which manages programs, projects, and funds to support the goals and functions of IPA, include:

“I look forward to working alongside our new board class,” said Claudia Cummings, IPA President and CEO. “Insight from these experienced philanthropy professionals will be instrumental as we enter the first year under IPA’s new 5-year strategic plan.”