Recently, IPA staff and members convened with our United Philanthropy Forum colleagues from around the country in Washington, D.C., for Foundations on the Hill (FOTH). With sessions on the census and redistricting, as well as what to expect given the current political landscape, IPA’s FOTH delegation was ready, briefing guide books in hand, to hit the Hill.  SEE OUR PHOTO ALBUM

After a strategy session in which we reviewed our talking points, our members broke into smaller groups—one accompanying Claudia Cummings, IPA President/CEO, and the other group going with Holly M. Davis, IPA’s Vice President of External Relations. With IPA members representing both private and community foundations, it was important to make sure we were all on the same page on our issues and concerns. 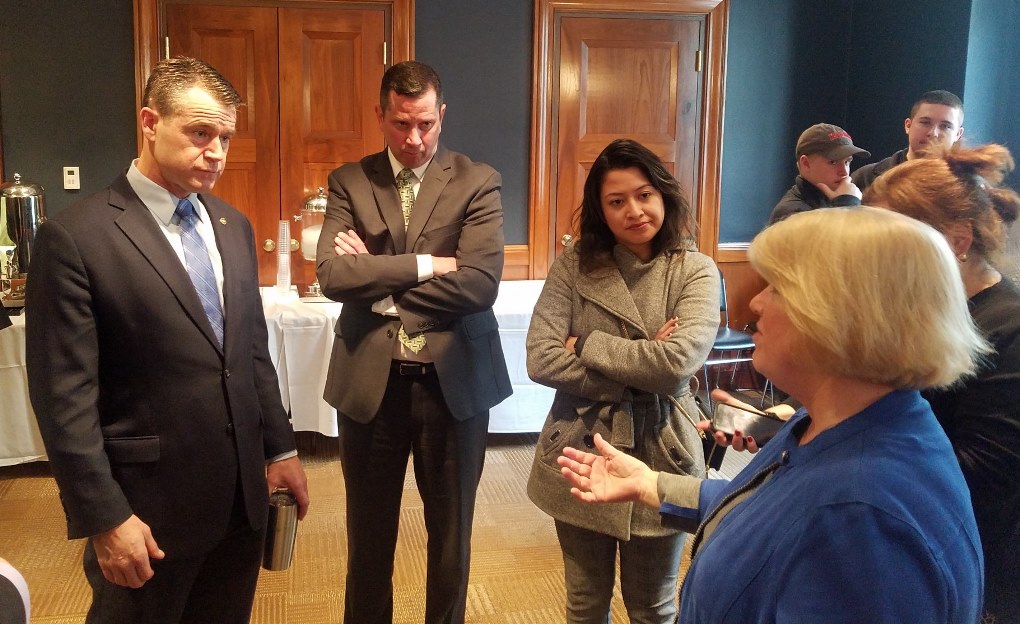 Early March is what the locals call “fly-in” season. The Hill is bustling with hundreds of groups from across the country meeting with their state’s representatives about the issues most important to them. Scheduling changes are not uncommon during the busy fly-in season, and the IPA delegation quickly adapted when an office meeting was moved to accommodate US Representative Greg Pence’s staff. This year’s Foundations on the Hill corresponded to the onset of the Coronavirus in the United States, and congressional members were quickly working to respond to the crisis while still meeting with constituents. Patience and flexibility are key virtues when traveling for FOTH.

As a full group, we met with US Representative Jackie Walorski to discuss a proposed change in how the IRS views public cemeteries and the impact that has on a community foundation’s ability to hold funds for cemetery maintenance in perpetuity.

“I was pleased to participate in FOTH 2020 as an advocate for the cause of philanthropy,” said Pete McCown, President of the Elkhart County Community Foundation, after his meeting with Representative Walorski. “I found the Congressional Representatives and Senators to be warm and welcoming to our visits and advocacy.”

Additional visits with Representatives Andre Carson (D-Indianapolis) and Jim Banks (R-Columbia City) allowed IPA members the opportunity to meet with their local representatives to discuss the work being done in their districts.

Meg Distler, Executive Director of the St. Joseph Community Health Foundation, was able to share with Representative Banks the work her foundation does around maternal and infant mortality. 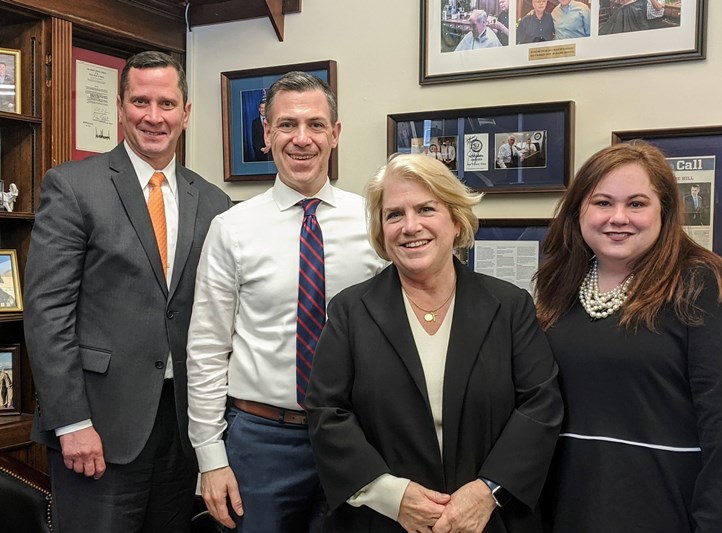 "FOTH provided an excellent opportunity to meet with our legislators and many of their key staff,” Distler said. “I appreciated the opportunity to share the impact of federal legislation on not only philanthropy, but some of our focus areas of expertise. In several cases, it opened the door for future discussions.”

Our group had the unique opportunity to have dinner with Hoosier native Brooks Hanner, Associate General Counsel to the House of Representatives Majority Caucus. Over a private dinner, Brooks spoke with our delegation about working for the House during unprecedented times.

Day two of Hill visits began at the Hoosier Huddle, a unique opportunity to meet with both Indiana Senators Todd Young and Mike Braun, as well as their staff members.

Our members spoke with the Senators about the charitable deduction, donor advised funds, and the emerging coronavirus (COVID-19) pandemic. Sensitive to the concerns of Indiana’s philanthropic community, Senator Young spoke about plans to include nonprofit workers in any aid package under consideration.

Representative Trey Hollingsworth (R-Jeffersonville), in particular, was interested in looking into a public policy remedy to lower barriers for community foundations to utilize donor advised funds, recognizing Indiana is home to 10% of the nation’s community foundations. IPA staff will work with his office to continue that conversation.

“Although this year proved a little challenging with COVID-19, I did feel the trip was worthwhile,” said Dan Davis, President of the Jackson County Community Foundation. “It was good speaking directly with 9th District Rep. Trey Hollingsworth, Sen. Todd Young, and Sen. Mike Braun in person, sharing our concerns and gauging their interest in our work. I am hopeful that those conversations may lead to their interest in pursuing legislation regarding donor advised funds and the IRA rollover.”

In separate groups, IPA members finished their time on Capitol Hill with Representatives Larry Buschon (R-Evansville) and Jim Baird (R-Greencastle), and even had the opportunity to see Representative Susan Brooks (R-Carmel) in action as the House Energy and Commerce Subcommittee met.

Our small delegation left Washington, D.C., just as the nation was becoming aware of the looming COVID-19 global pandemic. Many amenities and offices closed the day after we left; so, IPA representatives were some of the last constituents many of our representatives would see up on the Hill before they began limiting their interactions.

Since returning from D.C., we have continued the relationships formed at FOTH, both with our IPA members and with the staff and elected officials we met.

In particular, members of the congressional staffs have been participating in our All Member Response to COVID-19 calls and have been great resources as we adapt the changing needs of our members’ grantees.