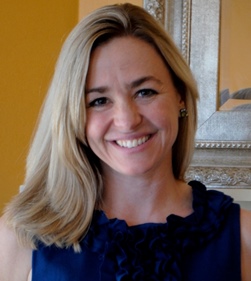 Indiana Philanthropy Alliance (IPA) today announced Keira Amstutz, president and CEO of Indiana Humanities, has been appointed as a new director of the IPA Foundation Board.

“Keira’s experience in public policy, economic and cultural development will offer a valuable perspective as we look ahead to better serve a wider swath of Indiana’s philanthropic community,” said Claudia Cummings, president and CEO of Indiana Philanthropy Alliance.

Amstutz has led Indiana Humanities since 2008. She is passionate about developing creative humanities programming that encourages Hoosiers to think, read, talk and connect.

“I am excited to develop deeper connections with other grantmakers across the state and to collaborate, learn and explore ways that we can all have a greater impact and create more access to our collective resources,” said Keira Amstutz, president and CEO of Indiana Humanities.

Prior to joining the organization, Keira served as chief counsel and director of policy for the City of Indianapolis. A Hamilton, Ind., native, Keira graduated from DePauw University with a degree in political science and served as a fellow in the office of former Indiana governor Evan Bayh. She earned a J.D. from the Indiana University McKinney School of Law and graduated from the Stanley K. Lacy Leadership Series. In 2006, the Indianapolis Business Journal named her one of Indianapolis’ “40 under 40” and in 2012 she was named a “Woman of Influence.” In 2015, she was awarded a Creative Renewal Fellowship by the Arts Council of Indianapolis.

IPA is a nonprofit membership association working to create a collaborative and effective philanthropic sector in Indiana that makes a positive difference in the lives of people and their communities.

IPA Foundation manages programs, projects and funds to support the goals and functions of IPA.