How to Build a Network of High-Quality Early Childhood Education in 1,000 Easy Steps 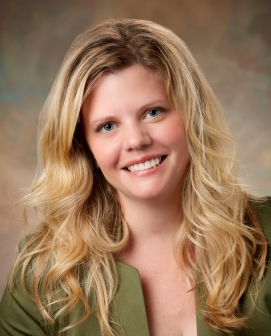 In June of 2018, a group of people gathered around a table at the Newton County Government Center to discuss daycare, worker retention, and the quality of education in Newton County. These people were large business owners, childcare workers, economic development professionals, elected officials, social service providers, extension educators, and the Jasper Newton Foundation (which means mostly me, the CEO). This group of humans who live and work in Newton County wanted to change the fact that there was no licensed childcare available to residents and it was seriously affecting Kindergarten readiness, worker retention, and health of the workforce that would be graduating over the next 10-12 years. The situation was dire.

The spark lit that day in a packed board room is about ready to ignite. This story is about how we got there.

Community education events were planned and held during the Fall and Winter months of 2018. Local manufacturing entities and large employers sent representatives to learn and share their struggles.  Elected officials made themselves available to listen to constituent concerns. With the help of Right Steps Childhood Education Centers, the group was able to learn the value of high-quality education that starts from birth. The evidence surrounding future success and the effects of quality early childhood education on a whole family is overwhelming and confirmed by the superintendents of both school systems in Newton County who are partnering in this initiative. Bottom line—high-quality early childhood education is an economic development issue and a quality of life matter for all of us.

The group ramped up and found a perfect location for a 28-seat licensed daycare facility in the town of Goodland. (They made an official partnership with Right Steps to operate the future center; drafted and crafted budgets, needs, and other information; and began onboarding of our local elected officials.)  I spoke at meetings, gave presentations, sent hundreds of emails, made phone calls, shook hands, drafted press releases, and our team tried to manage the public narrative of this vulnerable initiative.

Then the Newton County Childcare Initiative fell flat on its face in February of 2019.

This is the part of the triumphant story that most people leave out. The Jasper Newton Foundation and many other organizations—including Community Services, Head Start, Step Ahead, Economic Development, Rose Acre Farms, the Town of Goodland, Purdue Extension, Newton County Commissioners, and Right Steps CDC—had spent hours planning, working, educating, emailing, calling, and meeting. Information was released without context—budget information—and whole project went off the rails due to bad publicity and misinformation. It was now seen as an astronomical cost for “babysitting” instead of a viable business option. Our group was portrayed as trying to put every local home-based care option out of business, and that we were going to solicit families from outside of the county to use this facility.

Working with elected officials is more difficult than anyone will tell you, for a number of reasons that I should probably not type here. Budgets need context. Presentations need explanations in writing, not just spoken words. Sometimes “now” is not the time to share everything you know.

Fast-forward through a successful county-wide Early Childhood Education Commitment Breakfast, a few press releases, and about 1,000 phone calls later, and the Newton County Childcare Initiative made it to the November 2019 County Council meeting with a packed house to garner a unanimous vote from the Council to give $375,000 to the Early Childhood Education Fund established with the Jasper Newton Foundation.

We were supported by nearly every town in Newton County. There were business like Premium Waters, Rose Acre Farms, Fair Oaks Farms, Murphy’s in Kentland, The Old Colonial Inn, Adkev, local famers, and the Town Board of Goodland (where the childcare center will reside) in attendance. Businesses spoke on behalf of the Initiative. People got up early and drove to fill a seat and represent the community. We also had pledges of more than $120,000 over the next three years to support this endeavor from local businesses and the Jasper Newton Foundation.

This was the fuel our spark needed to get the blaze started.

In the last few weeks of June 2020, the new center director has been hired, classrooms painted, and classroom supplies were ordered (for delivery on 6/25/20). We expect an opening date to be announced by the end of July 2020 and to have the 28-seat center filled right out of the gate. We have a family waitlist of 25 children already in the wings.

The Newton County Childcare Initiative’s goal is to set up the funding and support to build, grow, and sustain a network of high-quality early childhood education centers in the entire county. The group successfully helped a preschool ministry in the northern part of Newton County receive an Early Learning Indiana and OECOSL grant of more than $140K to get their preschool ministry up and running in 2019. They will start their second school year this fall with the Initiatives’ full support. Right Steps CDC was also able to get an Early Learning Indiana Desert Grant of $47K to supply the Goodland Early Learning Center with all the equipment (brand new) it would need to open.

The public and private partnerships established by the community need for high-quality daycare and education options in Newton County are literally going to change this part of the world.

The Jasper Newton Foundation is privileged to be in a seat at this table with our local communities driving initiatives forward that build a better Newton County. And you know who wins in this?  Everyone.

This will be the only licensed daycare center in Newton County, Indiana.

Two years from spark to blaze—it can happen.