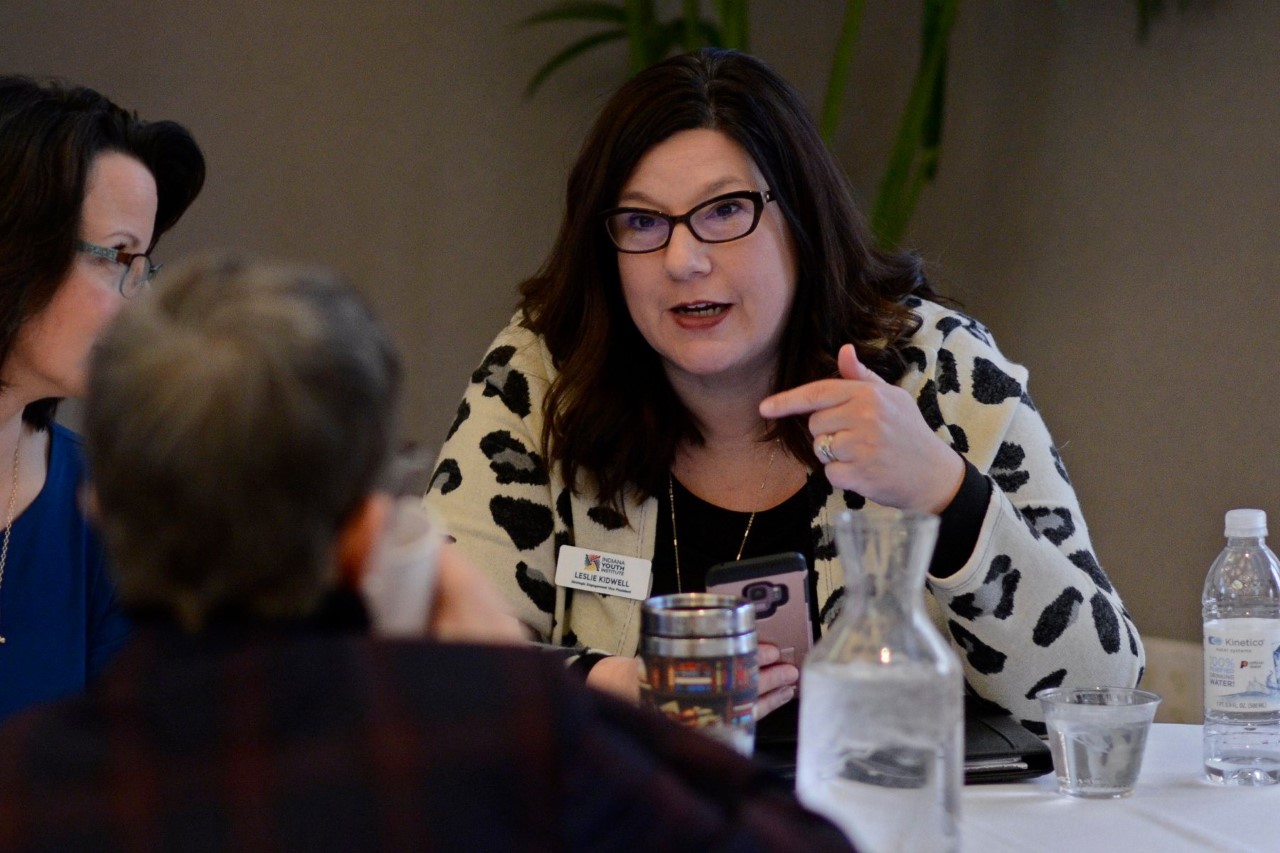 EAST CENTRAL INDIANA — Nonprofit leaders often wear many hats, reflects Laura Williamson—who wears both the executive director and artistic director hats at Muncie Civic Theatre. This can make it difficult to find the time and resources to take a step back from the day-to-day and address larger organizational capacity needs. To solve this issue, Ball Brothers Foundation has, since 2004, partnered with Indiana Youth Institute to provide grant-funded consulting for youth-serving nonprofits in East Central Indiana.

“We recognize that support for nonprofits often requires more than just funding; it can require additional expertise, time, and coaching to help organizations and their leaders reach their best potential,” said Jud Fisher, president and CEO of Ball Brothers Foundation. “Our relationship with IYI allows local youth-serving organizations to tap into this extra support when it is needed most.”

As part of the partnership, Ball Brothers Foundation provides a grant that covers the cost for two nonprofits each year to receive customized consulting services from IYI.

“We start by having conversations with those organizations to say, ‘Where are your needs, and how can we best help you?’ It's often back infrastructure, like strategic planning, sustainability planning, board training, or program evaluation,” comments Tami Silverman, president and CEO of IYI. “It can be hard to have time and resources to allocate to those things on your own.”

For Muncie Civic Theatre, which received funding through this program a few years ago, the consultation centered around staff structuring.

“We were coming off of a $3.15 million capital campaign, which was an astronomical amount of money for us to raise,” Williamson said. “But we had not internally changed our staffing structure to support that. We began to realize that this is not just about the capital campaign and raising money, it's now about sustaining what we've created—now our staffing model has to respond to that.”

Williamson said the Civic had previously had some employees who were “miscast in their roles.”

“They liked the theater and the job was open, but it was probably not the best role for them,” she said. “We as an organization, now, are able to say we'd rather struggle until the right person comes along.”

In addition to staffing guidance, the Civic’s consultant offered advice in long-term fundraising and business strategy.

“I realized that I have the capacity to run a business plan,” Williamson said. “A lot of people that go into nonprofit work are not business people, myself included. So, we have to learn the business side of it, but we can learn it—especially when you're really passionate about the thing you're doing. I was able to make that leap, and I think other people can too.”

Consulting support is available not only to Muncie-based organizations, but also those youth-serving nonprofits in the larger East Central Indiana region. In 2018, Marion-based Carey Services also leveraged the consulting for strategic planning and fundraising.

“We recognized that we really needed that external frame for strategic planning as we move forward,” said Jim Allbaugh, president and CEO of Carey Services. “The consulting allowed myself and our senior management staff to sit back and really think at a higher altitude level. Thinking beyond the day-to-day sometimes is hard to do when we're neck-deep in state and federal regulations and hoops and hurdles to jump through, so to be able to get that consultant's perspective around the table was really key.”

The consultant immersed himself in the organization, attending board meetings, meeting with community members, and seeking stakeholder feedback. In fact, the consultant was so effective that, after helping the organization strengthen its strategic plan, Carey Services applied for the grant for a second year.

“What I believe we have now is exponentially increased awareness from community members about the things that we're doing here at our organization and the positive impact that we're making here in our community,” Allbaugh said “We wanted to keep that momentum going to really strengthen that impact and see that investor and donor development coming out into the community.”

As a result of the second year of the grant’s support, Allbaugh said Carey Services not only strengthened donor relationships, but also was able to receive larger-scale grants than what it had been able to receive in the past.

Overall, Allbaugh said the consultant’s support was so valuable that Carey Services decided to retain him for a third year, without any financial support from the IYI organization capacity grant.

“Even to this day, he continues to consult us, and we'll be looking at what another year's engagement looks like with him,” Allbaugh said. “And all of that is possible because of the initial application that we filled out in 2018 and the great partnership that IYI and Ball Brothers Foundation formed to allow our organization to benefit from this.”

Other organizations, like Muncie–Delaware County BY5 Early Childhood Initiative, have also used the consulting grant to focus on board sustainability and leadership.

“They had been playing the role of executive director as a group of 10 people, so we really had to go through forming the group again, coming together as a group with a president as a leader and with an executive director as a leader as well,” she said. “The effects of the grant—we get things done. Our consultant really helped us structure the meetings so that we can get things accomplished.”

Along with the funding for consulting, the organizational capacity grant includes a $10,000 sub-grant to help execute strategies that come as a result of the planning process. For BY5, that funding is supporting two staff members to enroll in an online project management course.

“IYI has supported us, and me, every step of the way along this grant process,” Modesitt said. She believes the third-party perspective from IYI is invaluable not just to BY5, but for any organization. “We can always be better. And having an outside perspective from a consultant is so valuable, because it allows you to work toward being better.”

Since the partnership between Ball Brothers Foundation and Indiana Youth Institute began in 2004, the grant has supported over 30 nonprofits in East Central Indiana. One hundred percent of recipients have reported a positive impact, Silverman said.

“The organizations that have received this investment from Ball Brothers Foundation have really benefited,” Silverman said. “If you're on the fence, just go ahead and apply. I know there's a lot on everyone's plate right now, and it's hard to think about stepping away from that direct service to turn in an application, but I think the return on that time investment is multiplied.”

To apply for this year’s East Central Indiana organizational capacity grant, visit iyi.org. The deadline to apply is Oct. 31. Silverman said the application is a short and simple process.

About the Indiana Youth Institute
For over three decades, Indiana Youth Institute (IYI) has supported the youth services field through innovative trainings, critical data, and capacity-building resources, aiming every effort at increasing the well-being of all children. To learn more about IYI, visit iyi.org or follow them on Facebook or Twitter.