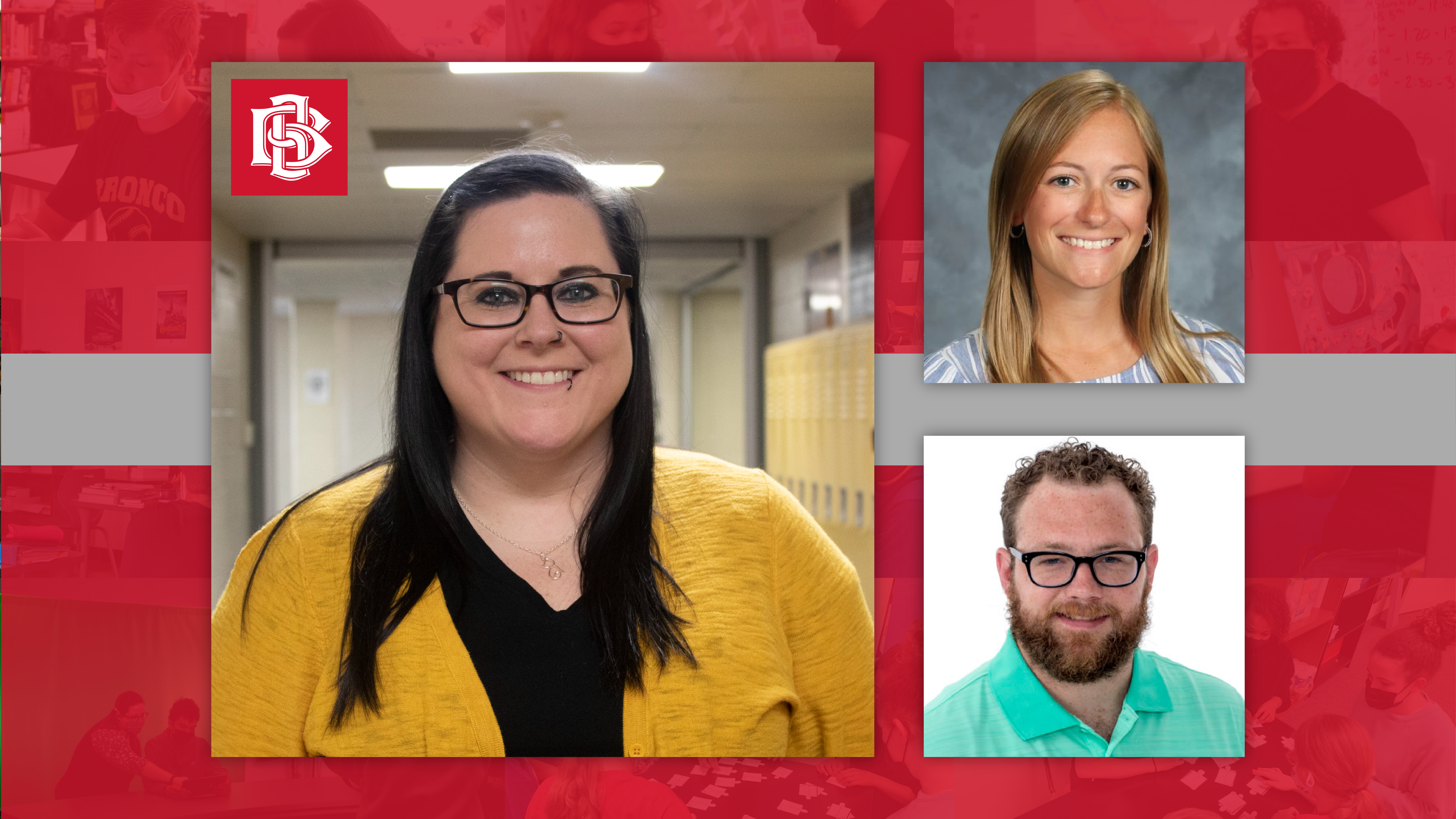 “When a kid walks into school in the morning, they are not coming into school unmarked or pristine; they have left many things behind. Those things are not far from their mind as they navigate the hallways and their various classes throughout the day. As one of seven classrooms they will visit, I want my room to be welcoming and safe,” Crist said. “My daily goal is to ensure that each of my students knows that I support, respect, care for and see them. Only after students know that someone cares for them can they focus on learning and getting onto the subject matter.”

This philosophy is one of the reasons Crist was named the winner of this year’s Excellence in Teaching Award, distributed by Ball Brothers Foundation. The award—which includes grant money for the winner’s district, school and classroom ($5,000 each), as well as for the winning teacher’s own professional development ($2,500)—annually recognizes one Delaware County teacher who “uses unique approaches to motivate their students by creating authentic learning experiences,” according to the foundation’s website.

Crist fosters authenticity in her classroom by being herself—something she said was not taught in her teacher prep program but wishes every teacher was told.

Jud Fisher, president and CEO of Ball Brothers Foundation, said Crist stood out as someone who reflected the Ball brothers’ own guiding values.

“Many members of the community recognize that the Ball family places great emphasis on the importance and value of education, as evidenced by the creation of Ball State University. But what some may not know is that they also deeply value integrity, communication, leadership, effectiveness and many other timeless principles. Melissa Crist embodies all of these values—as a person, community member and teacher,” Fisher said.

The Excellence in Teaching Award also recognizes teachers’ use of 21st-century skills in the classroom, including critical thinking, problem-solving, creativity and collaboration. Crist used these skills in a project-based unit that covered the years 1960–1975 in America, for which she partnered with a colleague who teaches U.S. history.

The unit extended for five weeks, covering the years in a chronological format. Each day, students read an interactive file that was designed to look like a newspaper. The files often contained links to real newscasts from the period, radio clips and more. This allowed the students to feel immersed in the subject matter, as if they were living through the key moments in history themselves.

“One goal in creating this unit in this format was that students could see that these different social and cultural movements happened all at once and not in a vacuum,” Crist said.

At the end of the unit, students took on roles as either a soldier drafted into the war or a protester. Crist partnered with the Anderson U.S. Marine Corps recruiting center to create a miniature bootcamp for the “soldiers” while the “protesters” hosted a sit-in with signs that the students created themselves.

“Another goal was for students to see how turbulent life was during these years in the U.S. and that many things they see and hear today are rooted in those very traumatic years. The desired outcome was that students would gain perspective by having ‘lived’ through these years in history,” Crist said. “Giving the students control of their own destiny at the end was the most authentic learning experience I have witnessed as an English teacher.”

In her journalism classes, students regularly use 21st-century skills as they learn new technologies and put together broadcasts, the yearbook and an online newspaper.

Crist plans to use part of her grant money from the award to expand the school’s newsroom, which has been a haven for students to hone their curiosity and problem-solve. Even when the pandemic took away the physical gathering space of the newsroom, these skills stayed with the students as they adapted to virtual learning.

“COVID hit, and it was like we were all stranded on our own little islands,” Crist said.

Crist wasn’t sure how the students would still be able to put out the news, but the students soon decided to record their clips from home—in their cars, in their backyards, wherever they could. “They wanted to make sure that the school had the news, and it was cool to see that they would do whatever to make sure we could still do that. It was like keeping that sense of normalcy for everyone else. In that moment when nothing else was normal, we were still able to put out the news a couple times each week because they still wanted school, a sense of normalcy.”

With the onset of the pandemic, Garrett saw an increase of 21st-century skills in her classroom. To accommodate a mix of in-person and virtual students, she implemented a “flipped classroom,” where instruction was presented virtually to all students in advance.

“This approach has opened up more class time for in-depth discussion, engaging activities and lessons, and even project-based learning,” Garrett said. “This allows us to hold whole-group discussions followed by small break-out sessions where students use their social skills to communicate what they have learned. During these discussions, I see students challenging each other to better understand and better justify their thinking.”

Jones uses a similar teaching philosophy as Crist, recognizing that education should be personalized and individualized for each student. He also encourages his students to identify issues and use the past to create solutions to those problems.

“Building genuine human connection provides the opportunity for me to focus on developing good humans, not just good history students,” he said. “In accordance, student learning should not be contained to the four walls of a school, not even by the school building’s exterior bricks.”

His students have met with local elected officials to address guns in schools, formed a student organization for environmental clean-ups, drafted legislation to change sexual education laws in Indiana and more.

As finalists, Garrett and Jones each received a grant of $1,000 to be used in their classrooms and $500 for professional development.