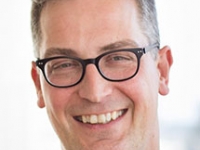 In a moment of political turmoil and concern about inequality, some have argued that philanthropy just perpetuates a broken system. Others have argued that the nonprofits philanthropy supports are largely ineffectual, lacking in the “discipline” and “performance-orientation” of business. But, argues Phil Buchanan, author of Giving Done Right: Effective Philanthropy and Making Every Dollar Count, these takes are wrong.

Philanthropy and the vast and diverse nonprofit sector it supports are, in fact, defining strengths of the United States. Even with all its flaws and room for improvement, giving has contributed to much good we take for granted. And nonprofits and their staff are often unsung heroes, doing the work that markets and government can’t, or won’t. But giving effectively requires rejecting prevalent myths: that giving is like investing; that nonprofits should operate “like business”; and that we should judge our giving using the kind of measures that are prevalent in the business world.

Join Phil and Catherine Herrold, assistant professor at the Indiana University Lilly Family School of Philanthropy, for a lively discussion focused on Phil’s new book. Giving Done Right, published by PublicAffairs, has been called “a must read for those who really want to make a difference” by Bryan Stevenson, founder of the Equal Justice Initiative, and “required reading for anyone looking to better understand how to achieve more effectiveness in their giving” by Pamela Norley, president of Fidelity Charitable.

About Phil Buchanan
Phil Buchanan, president of CEP, is a passionate advocate for the importance of philanthropy and the nonprofit sector and deeply committed to the cause of helping foundations and individual donors to maximize their impact. Hired in 2001 as the organization’s first chief executive, Phil has led the growth of CEP into the leading provider of data and insight on philanthropic effectiveness. CEP has been widely credited with bringing the voices of stakeholders to funders and with contributing to an increased emphasis on key elements of effectiveness.

Phil is author of Giving Done Right: Effective Philanthropy and Making Every Dollar Count, released in the spring of 2019. He is co-author of many CEP research reports, a columnist for The Chronicle of Philanthropy, and a frequent blogger for the CEP Blog. Phil is also co-founder of YouthTruth, an initiative of CEP’s designed to harness student perceptions to help educators and funders accelerate improvements in K–12 schools and classrooms. In 2016, he was named the Nonprofit Times “influencer of the year.” He serves on the boards of directors of Philanthropy Massachusetts and the National Council on Aging.

Phil holds an undergraduate degree from Wesleyan University and an MBA from Harvard Business School.