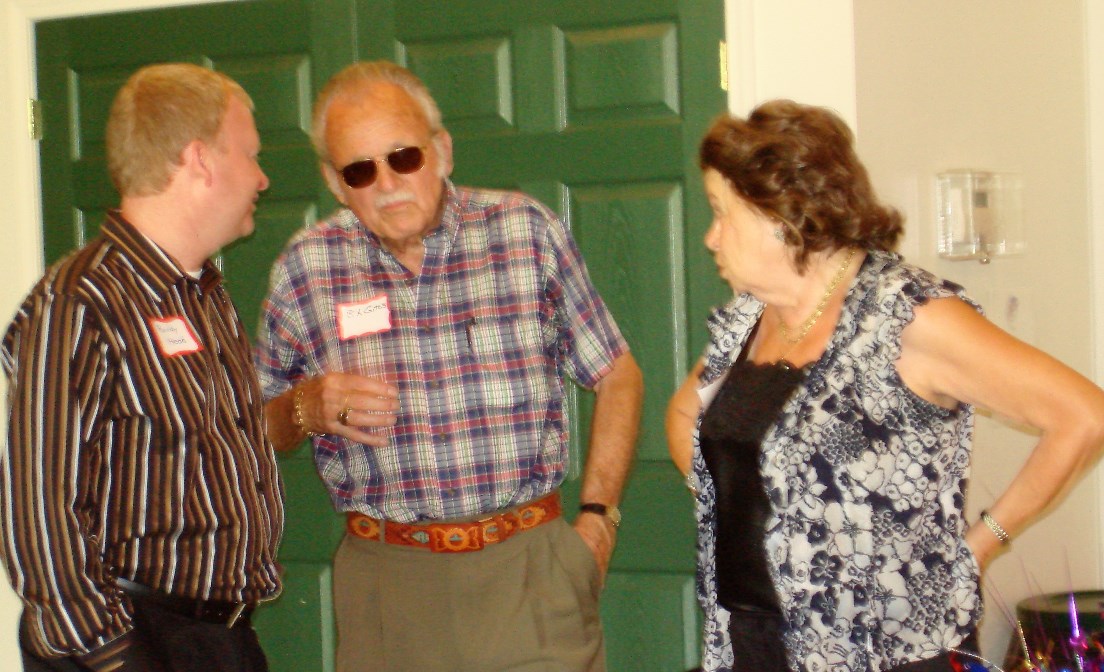 Cass County Community Foundation President Deanna Crispen today announced that CCCF was the recipient of an estate gift from Richard and Rose Gates, formerly of Royal Center, totaling over $3.1 million. The gift is the largest single donation in the foundation’s 25 year history.

Crispen shared, “Richard and Rose Gates lead a quiet but interesting life together for over 47 years. Their love story seemed almost destined by fate and as a couple, they seemed to be their own separate universe.”

Richard was a 1947 graduate of Lucerne High School who enlisted in the Army in 1948. After serving his county for three years, he returned home to Indiana and was awarded a scholarship to attend the Acme School of Tool & Design Technology in South Bend. The scholarship led to a 30-year career as a senior tool design engineer working in the aerospace, missile, rail, machine, and automotive industries. Richard specifically worked on the development of the Boeing 747, navy radar, Trident missile systems, F-15 fighter program, and the NASA space shuttles.

Richard’s work took him all over the United States and Canada and eventually to Toronto where, while working for McDonnell Douglas, he met Rose! Rose was one of thirteen children and grew up on a family farm in Manitoba, Canada. After graduating from Brickburn College, she moved to the big city of Winnipeg and later to Toronto to accept a position with McDonnell-Douglas as an IBM computer and configuration clerk.  It wasn’t long before she had caught the attention of Richard. As he liked to tell, “She didn’t want to date me at first but I just knew she was the one and I kept asking her out.” Rose finally agreed and the couple were married a few months later in September of 1970 and settled in Ft. Wayne, Indiana to start their adventure together.

Richard’s work took the couple all over the world where they had opportunities to visit and explore many new places but ultimately, they loved their quiet life in Royal Center.

Crispen said, “I knew of the Gates’, mostly Rose, from growing up in Royal Center, but I didn’t know them well until Richard read about our “Back Home in Indiana” scholarship and wanted to help.”

Jesse Robinson, former CCCF board member and Vice President at Community State Bank recalled, “Having grown up in Royal Center and working at Community State Bank since 1985, I always knew of Mr. and Mrs. Gates but really didn't get to know them until a few years ago when they came in and wanted to talk about the Back Home Again Scholarship the Cass County Community Foundation was offering for adults returning to college. They were very passionate about helping this program grow.  After that meeting, they would stop in the bank from time to time to visit and discuss retirement, estate planning or the news of the day.  Other times they would call from their winter home to touch base and see what was going on in Royal Center and Cass County.  From our first meeting, and those that followed, I learned what an interesting life they had and how much they loved the community they called home. They were very private people and I am honored to have gotten to know them on a personal level.”

Crispen added, “From that first meeting with the couple in May of 2011, Richard and Rose became ardent supporters of the Back Home Again Scholarship. Their annual gifts allowed us to grow the fund and offer the award to more students. Through the years since that first meeting the couple would call regularly just to check in and stop at the office when they came back from their winter home in Arizona. We would visit and as the years passed, they began sharing their hopes for what they might be able to do and leaving a legacy for the community they loved.”

Richard passed away August 24, 2017 and Rose was inconsolable without her life partner. She passed on November 25th of last year, just three short months after Richard, mostly of a broken heart.

The Gates’ never forgot about their hometown community and after sharing their lives work and fortune with family, the couple left a $50,000 bequest to Pioneer High School for scholarships and named the Cass County Community Foundation to receive the bulk of their estate to be used for scholarships.

Bud Reed, CCCF Chairman said, “This unbelievably generous gift from Richard and Rose Gates will change many lives in our community forever. They stand as a real example of what can happen if you work hard, cherish each other, and love your community.”

Crispen concluded, “Richard and Rose really lived a simple, quiet, private life and would shudder over all the fuss that is being made over their gift. They just wanted to do something good to help young people get started in life and for the community and people they called neighbors.”

For information about this gift or the Cass County community Foundation, please call 574-722-2200.