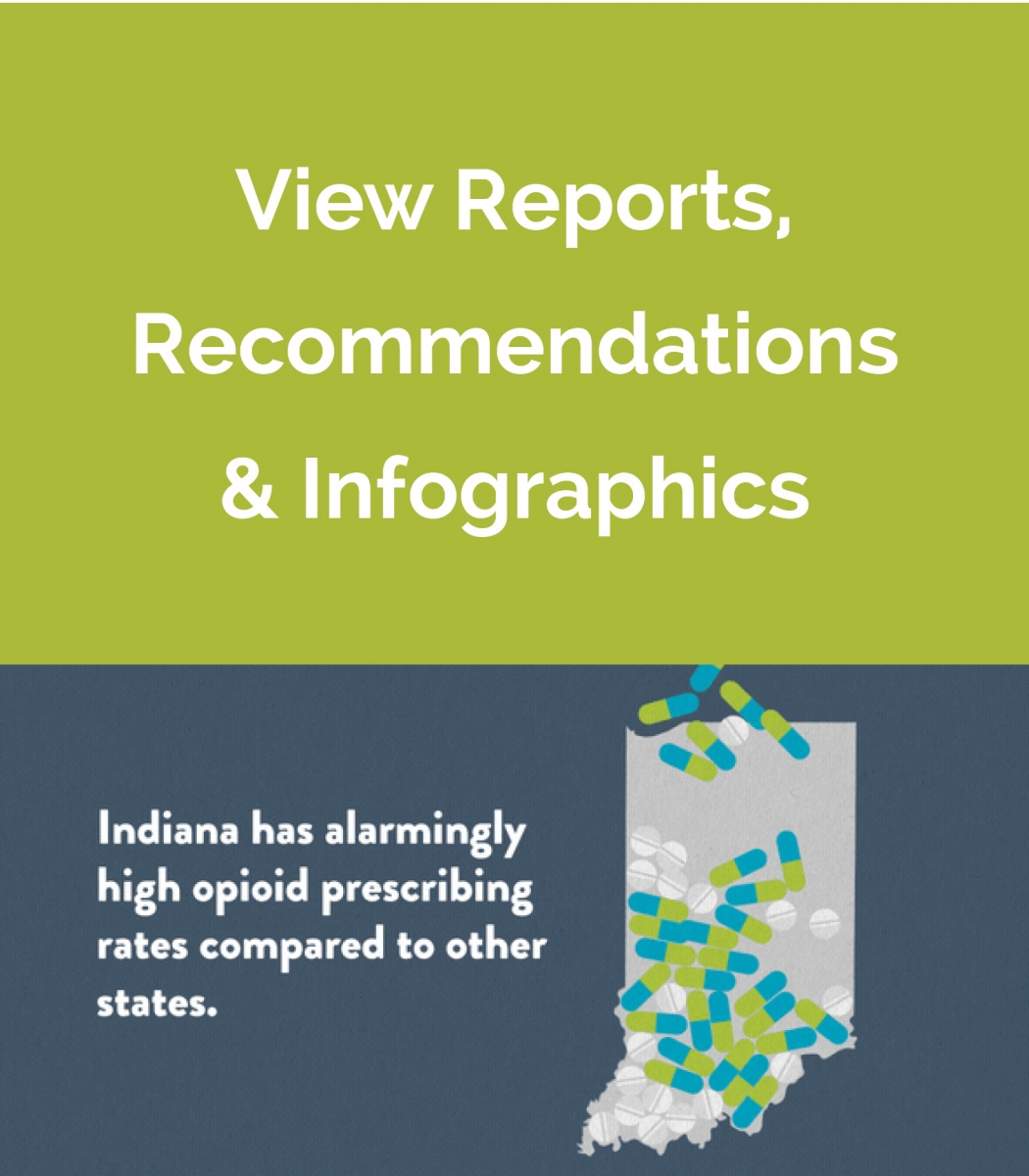 The opioid and tobacco epidemics claimed 14,200 Hoosier lives in 2017 and cost our state $12.6 billion annually in healthcare costs, lost productivity and other economic damages, according to a pair of reports released today by the Richard M. Fairbanks Foundation.

The opioid epidemic that has devastated Hoosier lives and communities is becoming even deadlier. There were 1,700 deaths linked to drug overdoses in 2017, an all-time high and a 75 percent increase since 2011, and the vast majority were linked to opioid misuse.

Tobacco claims seven times as many lives as the opioid epidemic. Smoking and secondhand smoke cause a combined 12,500 Hoosier deaths each year – the equivalent of more than two dozen Boeing 747 planes crashing with no survivors.

Today’s reports provide an update from 2016 analysis the Foundation commissioned on Indiana’s opioid and tobacco challenges. While progress has been made to address both health crises, the dynamic nature of the opioid epidemic and the stubborn persistence of tobacco mean more work must be done to make meaningful progress.

“There has been heightened awareness and meaningful action to confront both the opioid and tobacco epidemics in our state, but today’s reports show we still have tremendous unfinished business,” said Claire Fiddian-Green, president and CEO of the Richard M. Fairbanks Foundation. “These two addiction challenges are root causes of Indiana’s poor health outcomes and burdensome healthcare costs. All Hoosiers must realize the urgency and work together to address them.”

The rising number of drug-related fatalities in Indiana is driven by an evolution in the opioid crisis that has been observed in states across the country: While there has been a steep decline since 2011 in the number of fatal overdoses that involve prescription opioids – thanks to strong actions from stakeholders across the state – Indiana has seen a rapid rise in the synthetic narcotic fentanyl. The presence of fentanyl in Marion County overdoses increased from six percent in 2013 to 46 percent in 2017.

Tobacco also has a devastating effect on Hoosier health. More than one in five Hoosiers smokes, and Indiana places among the 10 states with the highest smoking rates nationwide.

Both the opioid and tobacco epidemics negatively impact Hoosier children. Rates of Neonatal Abstinence Syndrome induced by drug use during pregnancy rose by 87 percent in Indiana from 2013 to 2016, and the number of Indiana children in foster care due to drug misuse by caregivers nearly tripled – to almost 9,000 kids – from 2003 to 2016.

Each year, 3,700 children under 18 become new daily smokers. Nearly 14 percent of women in Indiana smoke while pregnant, ranking our state 11th worst in the U.S. in this category.

“Opioid misuse and tobacco addiction lead to devastating health outcomes, including for some of the most vulnerable Hoosiers – children,” said Paul Halverson, founding Dean of the IU Richard M. Fairbanks School of Public Health at IUPUI in Indianapolis. "Today’s reports show us the magnitude of lives impacted by these challenges and should spur us to action so we can help reverse the tide.”

Both health crises also create significant costs for taxpayers, health systems and Indiana businesses. The opioid epidemic was responsible for an estimated $4.3 billion in economic damages to Indiana in 2017, including $1 billion for social services costs in areas such as criminal justice and foster care.

“The opioid and tobacco epidemics in Indiana threaten the physical health of our state, the quality of life for all Hoosiers and our shared economic prosperity,” said Kevin Brinegar, president and CEO of the Indiana Chamber of Commerce. “Adopting proven policies to address these twin crises would preserve thousands of lives, save taxpayers money and position our state as a more attractive location for companies and employees.”

Meaningful steps have been taken to address these health problems in recent years, but the scope of the problems requires additional action. The reports detail recommendations for myriad stakeholders to help address both epidemics. These include actions such as:

Report on the Tobacco Epidemic in Indiana and Marion County and Effective Solutions: 2018 Update

Recommendations for Those Responding to the Tobacco and Opioid Epidemics