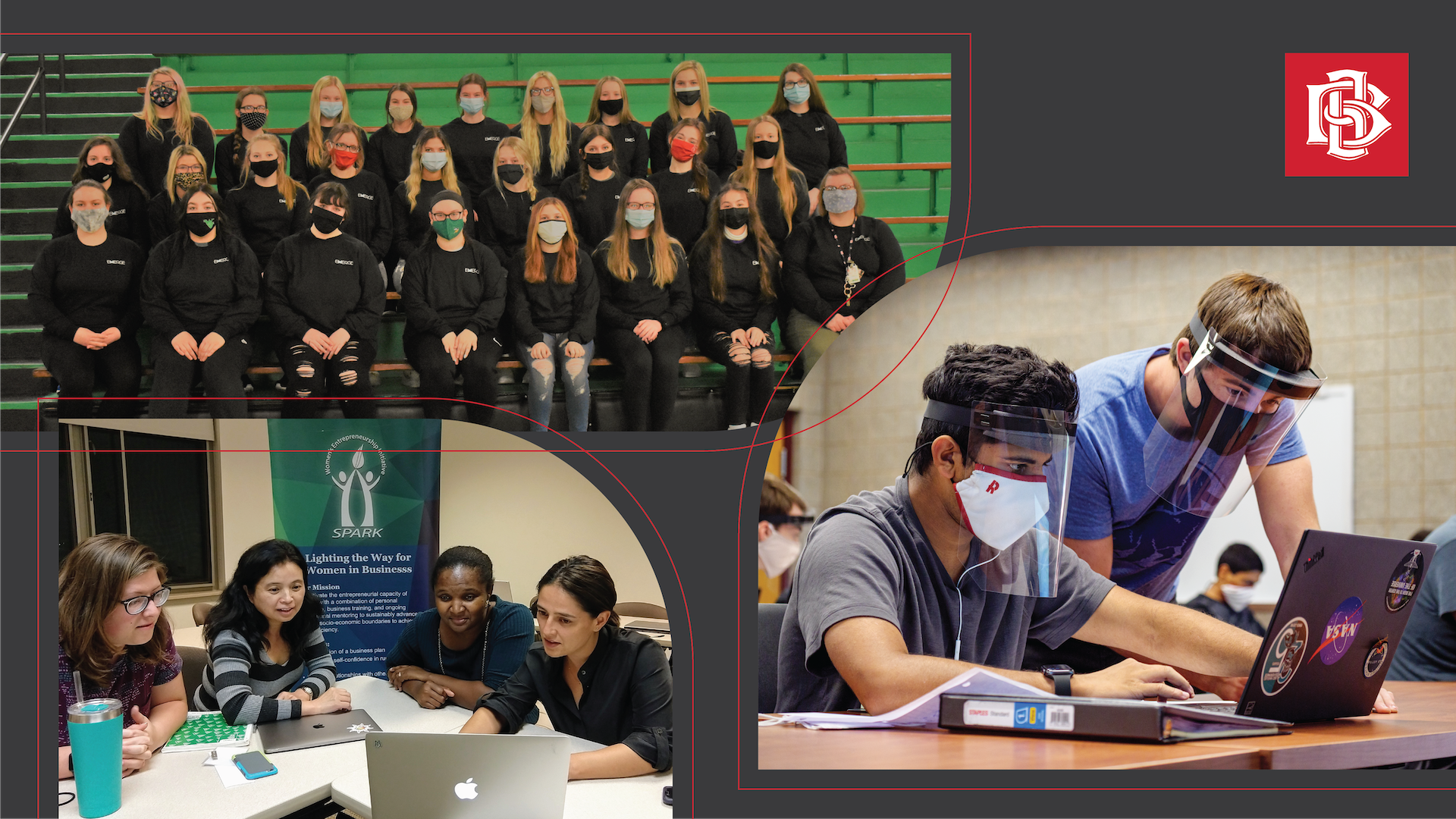 “Colleges are going to have to find a way of differentiating themselves in order to stay alive,” Wantz said. “From a strictly pecuniary viewpoint, they've got to diversify. They've got to innovate, or they'll die.”

“Nearly 100 years ago, the Ball brothers built their company on innovation. They were risk-taking entrepreneurs, and we continue to honor that tradition through the programs we fund today,” said Jud Fisher, president and CEO of Ball Brothers Foundation.

In higher education, Wantz said, students are encouraged always to ask, “What if?” And the Ball Venture Fund has a direct influence on this line of thinking.

“We believe asking, ‘What if?’ ought to be a lifelong habit: good for you and your future, and also good for the future of your community,” he said. “This generous grant allows our faculty and students to ask, ‘What if we were to…?’ Receiving the grant may not produce an immediate boost in enrollment, but it fulfills a moral imperative for the colleges. They're not-for-profit organizations and do not pay property taxes. So what does the community get in exchange for the privilege of not paying taxes? Hopefully, the college’s commitment to the betterment of their community and the betterment of society.”

The fund typically awards three to five grants each year, ranging from $5,000 to $25,000. While the grants primarily support projects that demonstrate innovation and creativity, Wantz said the judges also look for opportunities to positively affect under-represented individuals and to strengthen faculty-student connections.

“These grants give faculty members a chance to reach out and grab something that they can do with their students,” Wantz said. “Getting students directly involved is a really important part of teaching, and I think that's why we get so many applications.”

While each of the colleges had projects that demonstrated innovation, Wantz said they all stuck out because of their practicality. The projects presented by Rose-Hulman and Saint Mary’s were also notable for their direct support to women.

“I'm really happy to see that these programs are reaching out specifically to women, in cases where girls may not have been encouraged, led, provoked to step out and lead,” Wantz said.

Rose-Hulman will use the funding to support the continuation of its e-mentoring program designed to engage ninth-grade girls in STEM programs and careers.

“Sometimes you don't see an immediate action from a $25,000 grant, but think about a ninth-grade girl in Brazil, Indiana, who goes to one of these mentoring workshops and says, ‘Gosh, I kind of like math, maybe I could do something more for it.’ And then she goes on to be a math teacher, and then maybe she teaches some college classes, and maybe she winds up being a college president,” Wantz said. “That's a pretty significant impact.”

Saint Mary’s will create a workspace and training center dedicated to women-led entrepreneurship and technical skill development. The center will offer hands-on learning and opportunities to earn in-demand credentials. It will also provide students and women entrepreneurs with the tools needed to launch and grow their own business.

“They're giving students a brilliant liberal arts education, but they're also giving them some skills in how to be innovators, how to be entrepreneurs,” Wantz said.

Bethel’s grant will support its new engineering lab and help prepare students for careers in advanced manufacturing. Marian’s funding will be used to teach financial wellness and investing skills to its students.

Wantz said all four projects teach good life skills. And while they may appear simple, the effects could be substantial.

“It doesn't take much money to make something really big happen,” he said. “These aren't complex multi-million-dollar grants. They're focused, and so the results should be focused too.”

While Ball Brothers Foundation primarily funds efforts in Muncie and East Central Indiana, it does provide some funding to statewide initiatives. The legacy partnership with ICI is just one example of this large-scale impact.